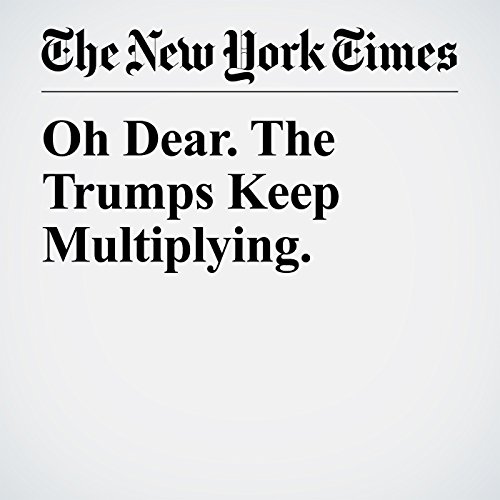 Let’s see now. Donald Trump’s son-in-law, Jared Kushner, is under investigation for weird cloak-and-daggerish meetings with the Russians. Ivanka just took a bunch of money from the Saudis for her favorite charity. Eric and Don Jr. are traveling the world to promote Trump hotels and golf courses while being looked after by the Secret Service on our dime.

"Oh Dear. The Trumps Keep Multiplying." is from the June 01, 2017 Opinion section of The New York Times. It was written by Gail Collins and narrated by Fleet Cooper.