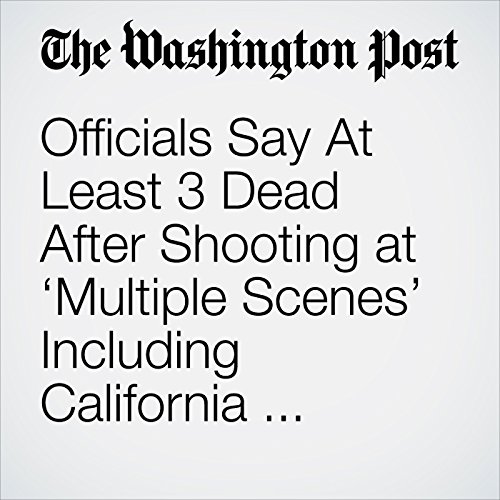 At least three people were killed Tuesday morning in an incident in Northern California that involved gunfire at an elementary school, according to authorities, though they cautioned that information about the victims was not immediately clear.

"Officials Say At Least 3 Dead After Shooting at ‘Multiple Scenes’ Including California Elementary School." is from the November 14, 2017 National section of The Washington Post. It was written by Mark Berman and Susan Svrluga and narrated by Sam Scholl.