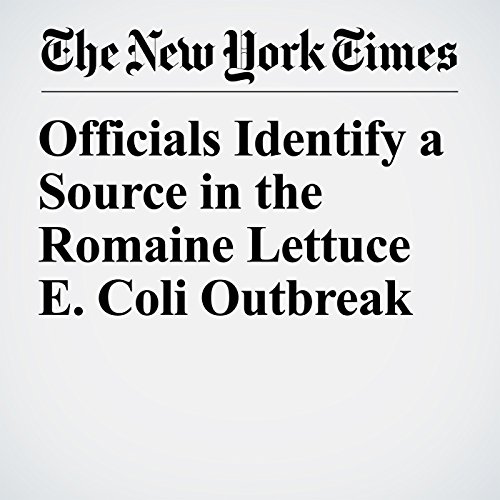 The strain of E. coli bacteria that contaminated romaine lettuce and was tied to the deaths of five people was found in a tainted irrigation canal in Arizona, federal officials said Thursday.

"Officials Identify a Source in the Romaine Lettuce E. Coli Outbreak" is from the July 01, 2018 U.S. section of The New York Times. It was written by Julia Jacobs and narrated by Keith Sellon-Wright.