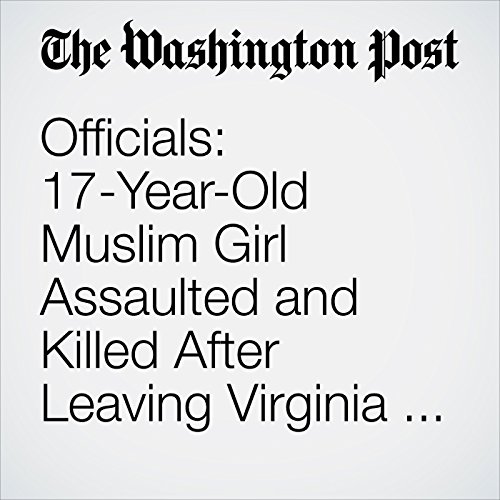 The death of a Virginia teenager who police say was assaulted and then disappeared after leaving a mosque in the Sterling area isn't being investigated as a hate crime, authorities said Monday.

"Officials: 17-Year-Old Muslim Girl Assaulted and Killed After Leaving Virginia Mosque" is from the June 19, 2017 Local section of The Washington Post. It was written by Faiz Siddiqui, Julie Zauzmer and Sarah Pulliam Bailey and narrated by Sam Scholl.