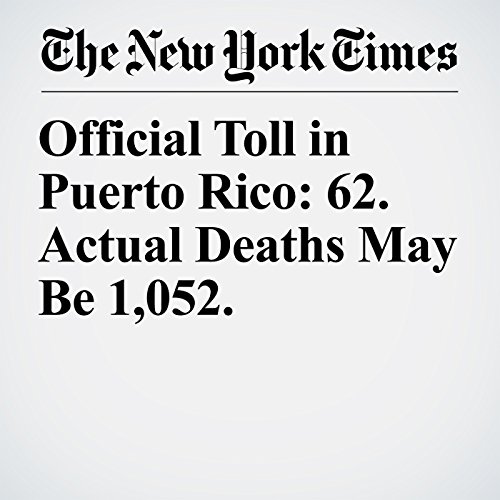 Hurricane Maria pummeled Puerto Rico with great fury, but the government there has reported an official death toll far lower than the devastation suggests.

"Official Toll in Puerto Rico: 62. Actual Deaths May Be 1,052." is from the December 08, 2017 World section of The New York Times. It was written by Frances Robles, Kenan Davis, Sheri Fink and Sarah Almukhtar and narrated by Keith Sellon-Wright.