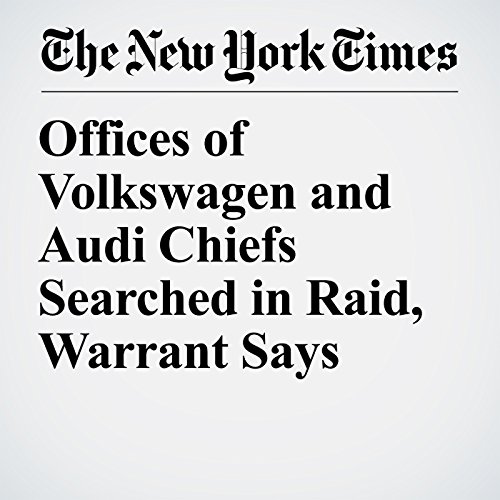 German officials included the offices of both Volkswagen’s chief executive and the head of the Audi division when they raided company premises last week as part of an investigation into emissions fraud, according to a copy of the search warrant.

"Offices of Volkswagen and Audi Chiefs Searched in Raid, Warrant Says" is from the March 19, 2017 Business section of The New York Times. It was written by Jack Ewing and narrated by Fleet Cooper.