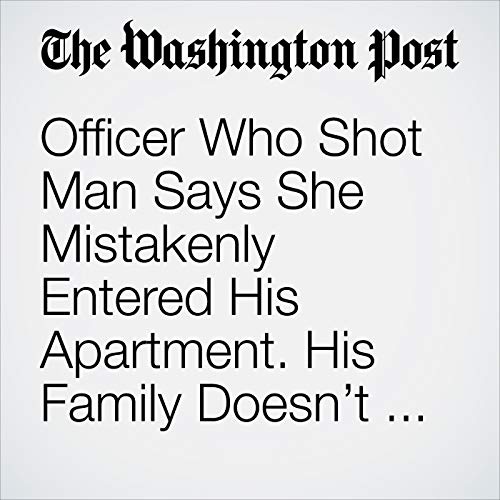 Dallas police officer Amber Guyger said she thought there was a burglar inside her apartment.The room was unlit, the front door was ajar, and she saw a “large silhouette” inside, according to court documents.The officer drew her service weapon at the supposed burglar, shouted commands she said were ignored, and pulled the trigger, killing her neighbor — the man who actually lived there.

"Officer Who Shot Man Says She Mistakenly Entered His Apartment. His Family Doesn’t Believe It." is from the September 11, 2018 National section of The Washington Post. It was written by Kristine Phillips andDeanna Paul and narrated by Sam Scholl.