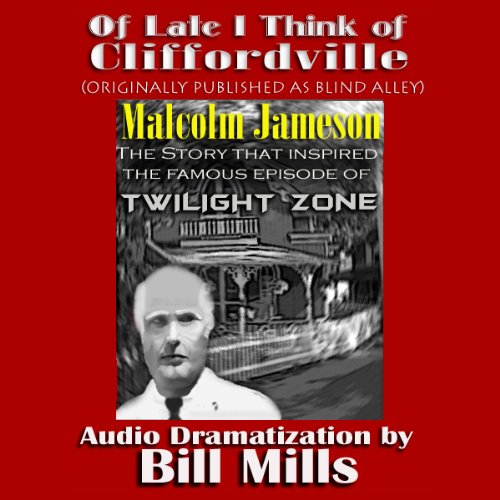 A new dramatization of the story that inspired the famous episode of The Twilight Zone! A wealthy businessman strikes a deal with Satan to return to the days of his youth...

Malcolm Jameson's short story "Blind Alley" is probably his best remembered and most reprinted work due in large part to the fact that it was the basis for a very memorable episode of Rod Serling's popular television series "The Twilight Zone" titled "Of Late I Think Of Cliffordville".

Jameson was active in American pulp magazines during the Golden Age of Science Fiction, with over a hundred short stories and essays published between 1938 and 1946 in popular magazines of the day such as Startling Stories, Astounding Science-Fiction, Thrilling Wonder Stories and Super Science Novels Magazine. And in 1963 his short story "Blind Alley", first published in 1943, was adapted by Rod Serling as a teleplay for his landmark science fiction series "The Twilight Zone".

Serling made many changes to Jameson's original story. But, with his typically imaginative approach Serling kept the essense of the story reasonably intact. The television episode first aired on April 11, 1963 and today still ranks high on the lists of Twilight Zone fans as one of the best of that classic series. We think that listeners will delight in the delicious differences between that televised version and the original manuscript as it was published in the June 1943 issue of Unknown Worlds Magazine.

This audio presentation is preceded by an informative introduction written by Jean Marie Stine. Hear the original short story that started it all, "Blind Alley", dramatized by a talented vocal cast and enhanced with music and sound effects.