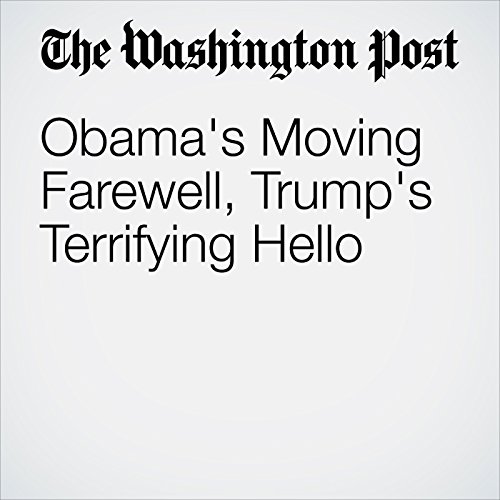 Cardin, a Maryland Democrat who is one of the least partisan voices in Congress, spoke at the opening of Senate hearings on Donald Trump’s nomination of Rex Tillerson — a man with close ties to Vladimir Putin — for secretary of state. The hearing began against the backdrop of shocking allegations that Russian intelligence services have compromising material on Trump’s personal life and finances. There are also reports of collusion between Trump’s political operatives and Russia’s spies and cyber-thieves.

"Obama's Moving Farewell, Trump's Terrifying Hello" is from the January 11, 2016 Opinion section of The Washington Post. It was written by E.J. Dionne Jr. and narrated by Jenny Hoops.