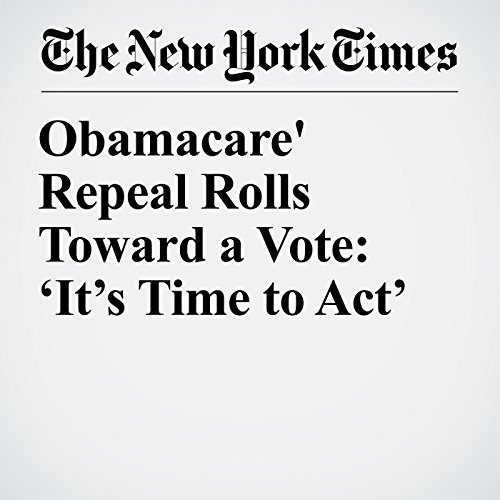 Obamacare' Repeal Rolls Toward a Vote: ‘It’s Time to Act’

The House opened debate Friday on one of the most consequential pieces of legislation in years, a bill to repeal the health care law and, in an extremely rare step, roll back a major, established social welfare program — with a vote in the full House set for Friday afternoon.

"Obamacare' Repeal Rolls Toward a Vote: ‘It’s Time to Act’" is from the March 24, 2017 U.S. section of The New York Times. It was written by Robert Pear and Julie Hirschfeld Davis and narrated by Barbara Benjamin-Creel.