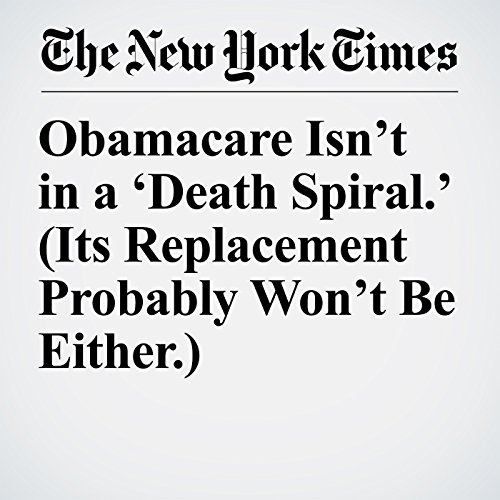 If you listen to many Republicans in Washington, the Affordable Care Act’s insurance markets are in a “death spiral,” “imploding,” “collapsing” or “will fall of their own weight.” That’s part of the rationale behind the new House proposal to reshape the health care system.

"Obamacare Isn’t in a ‘Death Spiral.’ (Its Replacement Probably Won’t Be Either.)" is from the March 15, 2017 Health section of The New York Times. It was written by Reed Abelson and Margot Sanger Katz and narrated by Fleet Cooper.