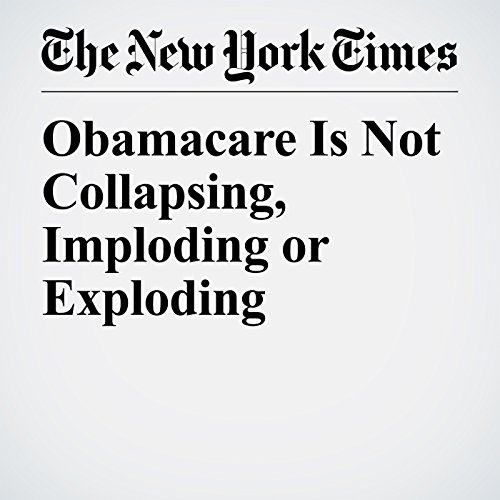 The biggest lie that President Donald Trump and other Republican leaders have been repeating about the Affordable Care Act for years is that it is collapsing, imploding or exploding. The truth is that the law is actually working reasonably well, and even the part that has shown the most weakness — the health insurance marketplaces — has been stabilizing.

"Obamacare Is Not Collapsing, Imploding or Exploding" is from the July 12, 2017 Opinion section of The New York Times. It was written by The Editorial Board and narrated by Kristi Burns.