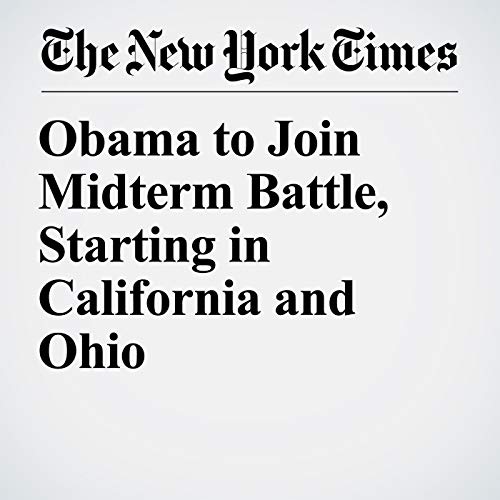 Former President Barack Obama is poised to plunge into the fray of the midterm campaign, returning to electoral politics with a frontal attack on Republican power in two states that are prime Democratic targets this fall: California and Ohio.

"Obama to Join Midterm Battle, Starting in California and Ohio" is from the September 05, 2018 U.S. section of The New York Times. It was written by Alexander Burns and narrated by Kristi Burns.