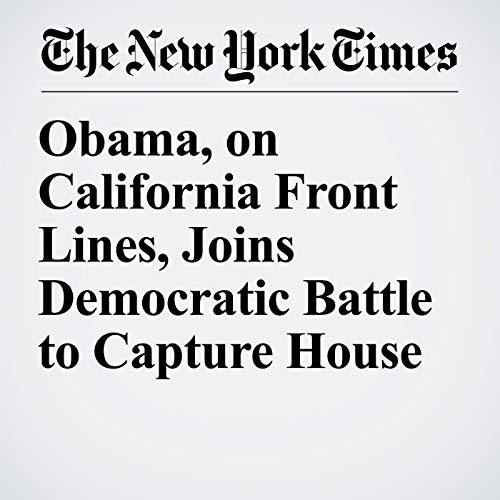 ANAHEIM, Calif. — Barack Obama came to the front lines of the Democratic battle to take back Congress on Saturday, describing the coming election as a pivotal moment for a divided nation and a chance “to restore some sanity to our politics.”

"Obama, on California Front Lines, Joins Democratic Battle to Capture House" is from the September 08, 2018 U.S. section of The New York Times. It was written by Adam Nagourney and narrated by Kristi Burns.