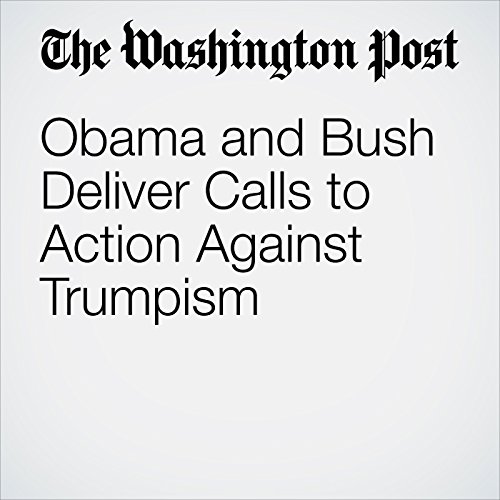 George W. Bush has stayed out of the political fray for nine years now, and Barack Obama has kept his head down for the past nine months. On Thursday, both former presidents used major speeches to repudiate President Trump’s brand of politics and approach to the world.

"Obama and Bush Deliver Calls to Action Against Trumpism" is from the October 20, 2017 Politics section of The Washington Post. It was written by James Hohmann and narrated by Jenny Hoops.