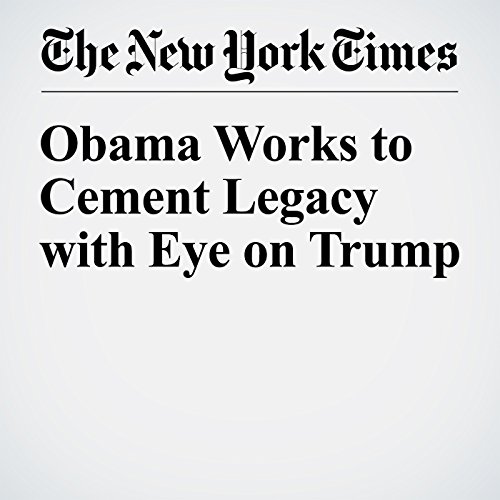 Only two days after the election, President Barack Obama sat by President-elect Donald Trump’s side in the Oval Office and declared that the No. 1 priority in his last days in the White House would be ensuring a smooth transition of power.

"Obama Works to Cement Legacy with Eye on Trump" is from the December 31, 2016 US section of The New York Times. It was written by Michael D. Shear and narrated by Keith Sellon-Wright.