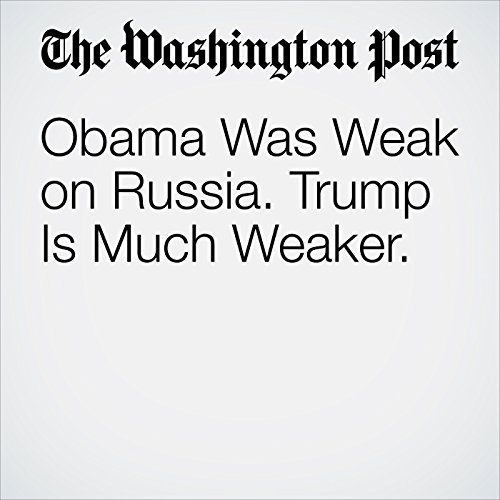 Even by President Trump’s elevated standards of incoherence, his position on Kremlingate is a marvel of illogic. After repeatedly claiming that stories about Russia’s intervention in the 2016 election were a “hoax,” he now slams President Barack Obama for not doing more to combat this nonexistent threat. “Obama was President up to, and beyond, the 2016 Election,” Trump tweeted on Monday. “So why didn’t he do something about Russian meddling?” And he claims: “I have been much tougher on Russia than Obama, just look at the facts. Total Fake News!”

"Obama Was Weak on Russia. Trump Is Much Weaker." is from the February 23, 2018 Opinion section of The Washington Post. It was written by Max Boot and narrated by Jenny Hoops.