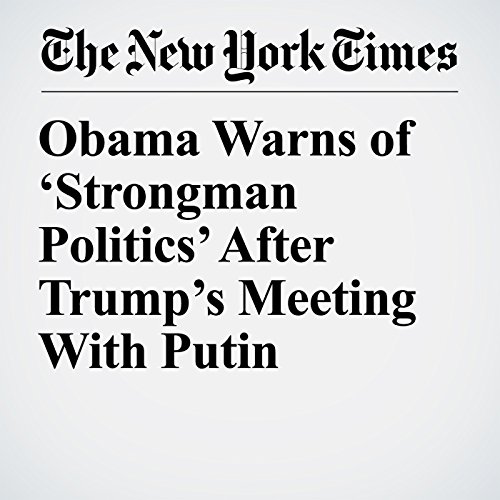 Without mentioning President Donald Trump by name, former President Barack Obama delivered a pointed rebuke of “strongman politics” on Tuesday, warning about growing nationalism, xenophobia and bigotry in the United States and around the world, while offering a full-throated defense of democracy, diversity and the liberal international order.

"Obama Warns of ‘Strongman Politics’ After Trump’s Meeting With Putin" is from the July 17, 2018 U.S. section of The New York Times. It was written by Matthew Haag and narrated by Kristi Burns.