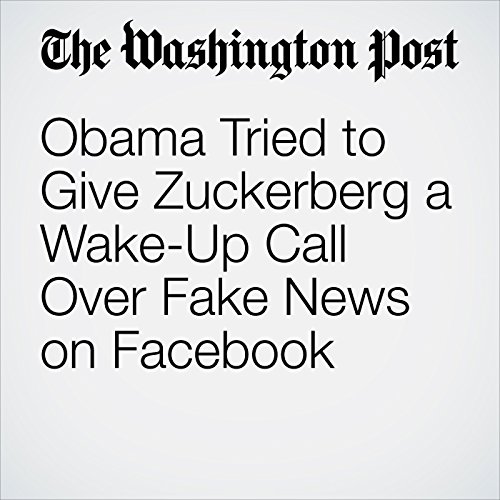 Nine days after Facebook chief executive Mark Zuckerberg dismissed as “crazy” the idea that fake news on his company’s social network played a key role in the U.S. election, President Barack Obama pulled the youthful tech billionaire aside and delivered what he hoped would be a wake-up call.

"Obama Tried to Give Zuckerberg a Wake-Up Call Over Fake News on Facebook" is from the September 25, 2017 Business section of The Washington Post. It was written by Adam Entous, Elizabeth Dwoskin and Craig Timberg and narrated by Sam Scholl.