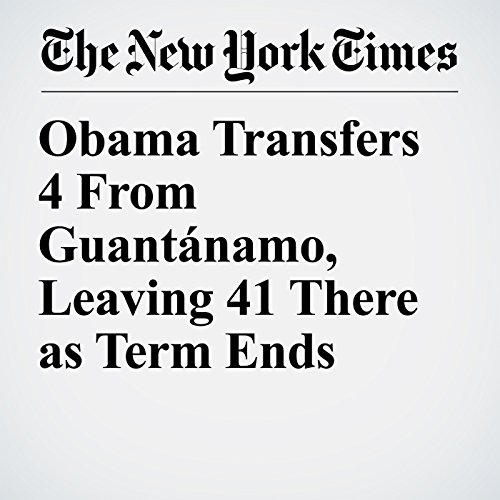 Obama Transfers 4 From Guantánamo, Leaving 41 There as Term Ends

The transfer of the four detainees means that President-elect Donald Trump, who has called for an end to such transfers, will inherit the fates of 41 men there, 31 of whom are being held without charges or trial. Eight years ago, when Obama took office and delivered an ill-fated vow to shutter the wartime prison he had inherited from the Bush administration, there were 242 detainees.

"Obama Transfers 4 From Guantánamo, Leaving 41 There as Term Ends" is from the January 19, 2017 World section of The New York Times. It was written by Charlie Savage and narrated by Caroline Miller.