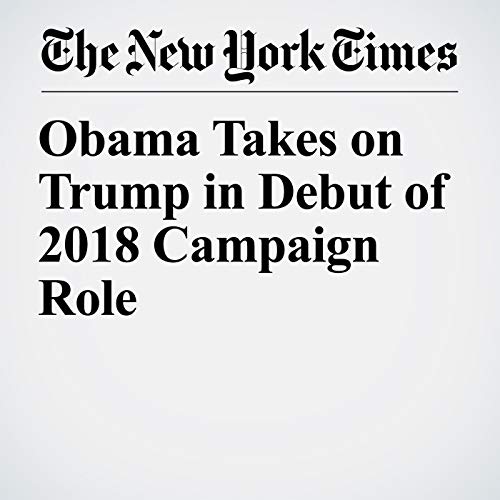 Former President Barack Obama assailed President Donald Trump on Friday as a “threat to democracy” as he emerged from a period of political silence to kick off a campaign blitz intended to help Democrats take control of Congress in the November midterm elections.

"Obama Takes on Trump in Debut of 2018 Campaign Role" is from the September 07, 2018 U.S. section of The New York Times. It was written by Peter Baker and narrated by Mike DelGaudio.