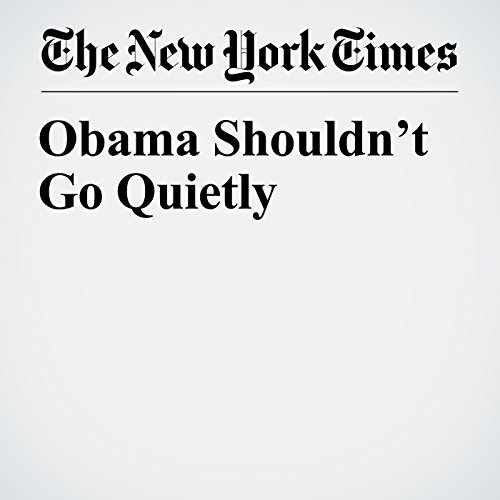 If Trump expected Barack Obama, who will be the first president since Woodrow Wilson to continue living in Washington, to retire to silence, he got a rude awakening on Wednesday. Mr. Obama told reporters at his last news conference that action by the new president on any number of things — voting rights, rescinding the so-called Dreamers program for immigrants who came to this country as children — “would merit me speaking out."

"Obama Shouldn’t Go Quietly" is from the January 19, 2017 Opinion section of The New York Times. It was written by Robert Dallek and narrated by Caroline Miller.