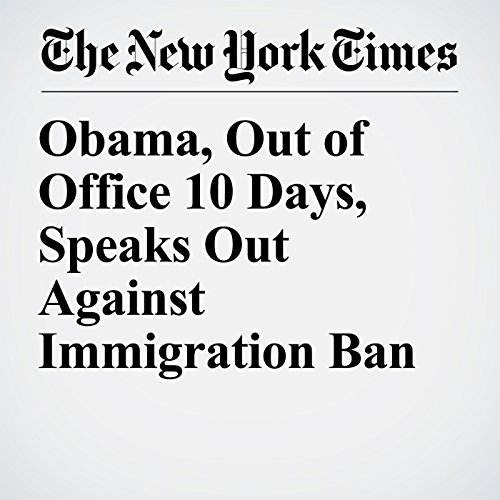 “President Obama is heartened by the level of engagement taking place in communities around the country,” Kevin Lewis, a spokesman for the former president, said in a statement issued after a weekend of protests against Trump’s executive order. “Citizens exercising their constitutional right to assemble, organize and have their voices heard by their elected officials is exactly what we expect to see when American values are at stake.”

"Obama, Out of Office 10 Days, Speaks Out Against Immigration Ban" is from the January 30, 2017 U.S. section of The New York Times. It was written by Julie Hirschfeld Davis and narrated by Caroline Miller.