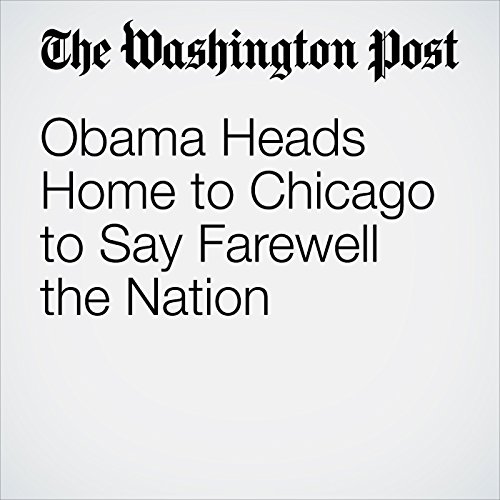 For Obama, this city remains a potent mix of his past and his future, and on Tuesday he will return to lay down a critical mile marker of his presidency, seeking to address both the past and the future. The president will make his final case for why the change he promised in 2008 is a reality that will continue to unfold despite the battering his party suffered in the November elections.

"Obama Heads Home to Chicago to Say Farewell the Nation" is from the January 10, 2017 Politics section of The Washington Post. It was written by Juliet Eilperin and narrated by Jenny Hoops.