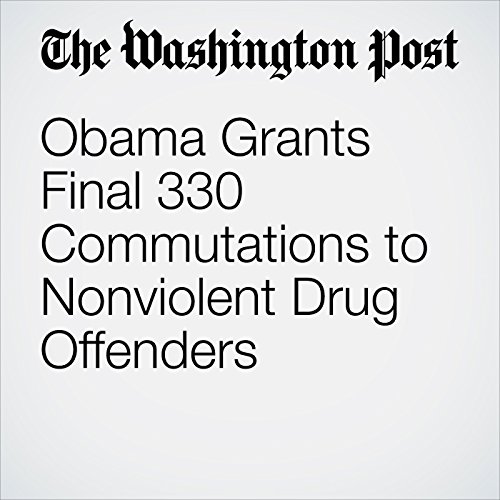 Obama didn’t seriously focus on pardons and commutations until 2014, two years into his second term. But, on Thursday, his last full day in office, Obama announced 330 more commutations, bringing his total number of clemencies to 1,715. He has granted commutations to more people than the last 12 presidents combined, including 568 inmates with life sentences. His final group of clemencies was the most Obama granted in a single day.

"Obama Grants Final 330 Commutations to Nonviolent Drug Offenders" is from the January 19, 2017 Politics section of The Washington Post. It was written by Sari Horwitz and narrated by Sam Scholl.