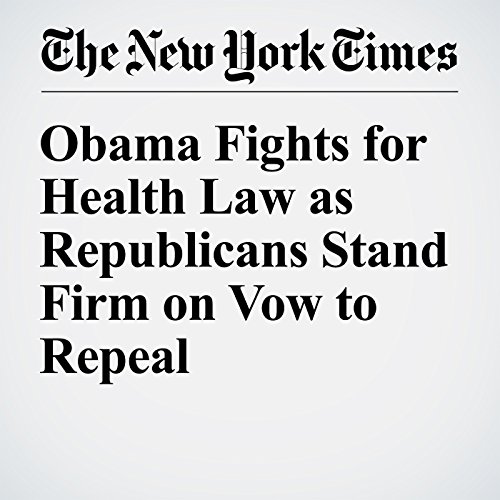 The bitter divide over the fate of the Affordable Care Act played out at the highest levels on Wednesday as President Barack Obama urged Democrats on Capitol Hill to fight to maintain his signature domestic achievement while President-elect Donald Trump warned Republicans to let Obama’s imperiled program “fall of its own weight.”

""Obama Fights for Health Law as Republicans Stand Firm on Vow to Repeal" is from the January 04, 2017 U.S. section of The New York Times. It was written by Glenn Thrush and Robert Pear and narrated by Kristi Burns.