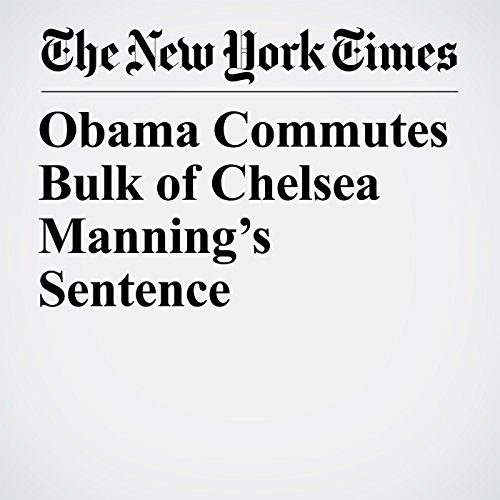 The decision by Obama rescued Manning, who twice tried to kill herself last year, from an uncertain future as a transgender woman incarcerated at the men’s military prison at Fort Leavenworth, Kansas. She has been jailed for nearly seven years, and her 35-year sentence was by far the longest punishment ever imposed in the United States for a leak conviction.

"Obama Commutes Bulk of Chelsea Manning’s Sentence" is from the January 17, 2017 U.S. section of The New York Times. It was written by Charlie Savage and narrated by Kristi Burns.