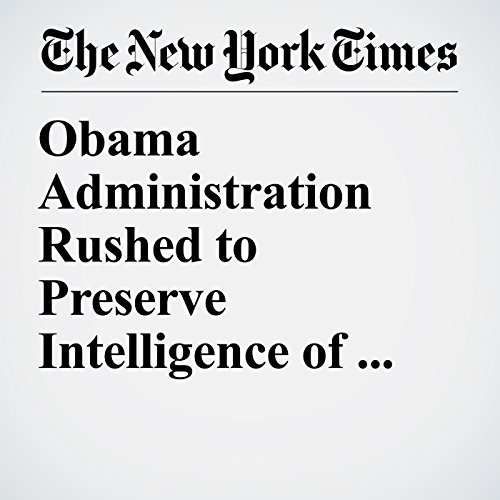 In the Obama administration’s last days, some White House officials scrambled to spread information about Russian efforts to undermine the presidential election — and about possible contacts between associates of President-elect Donald Trump and Russians — across the government. Former U.S. officials say they had two aims: to ensure that such meddling is not duplicated in future U.S. or European elections, and to leave a clear trail of intelligence for government investigators.

"Obama Administration Rushed to Preserve Intelligence of Russian Election Hacking" is from the March 01, 2017 U.S. section of The New York Times. It was written by Matthew Rosenberg, Adam Goldman and Michael S. Schmidt and narrated by Kristi Burns.