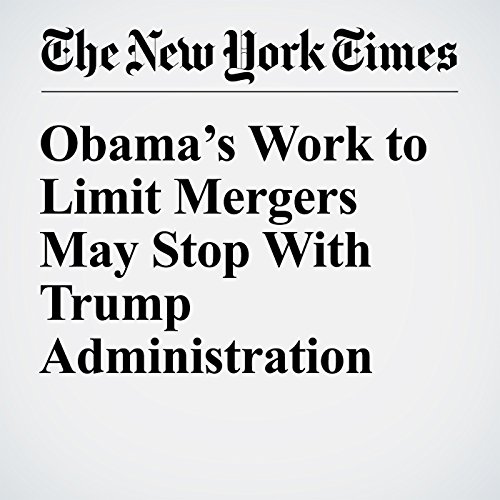 A nascent effort by the Obama administration to limit corporate consolidation, begun after officials concluded that a lack of competition was hurting the U.S. economy, appears to be coming to an abrupt end as the Trump administration takes charge.

"Obama’s Work to Limit Mergers May Stop With Trump Administration" is from the January 10, 2017 Business section of The New York Times. It was written by Binyamin Appelbaum and narrated by Keith Sellon-Wright.