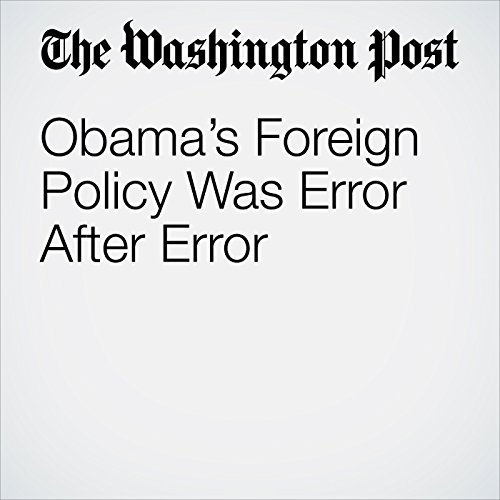 Two seemingly unimpressed nations are Russia, which is dismembering a European nation (Ukraine), and China, which is shredding international law by turning the world’s most important waterway, the South China Sea, into militarized Chinese territory.

"Obama’s Foreign Policy Was Error After Error" is from the January 06, 2017 Opinion section of The Washington Post. It was written by George F. Will and narrated by Sam Scholl.