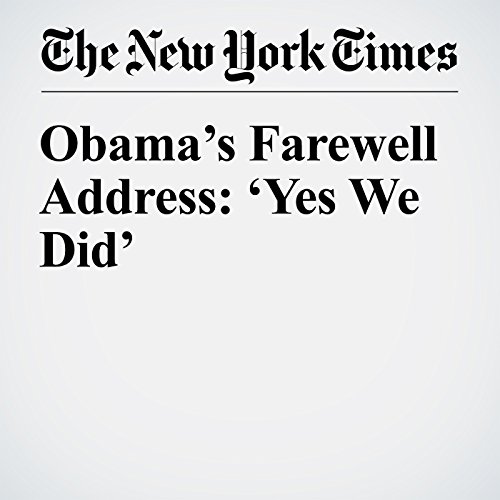 Speaking to a rapturous crowd that recalled the excitement of his path-breaking campaign in 2008, Obama said he believed even the deepest ideological divides could be bridged. His words were nevertheless etched with frustration — a blunt coda to a remarkable day that laid bare many of the racial crosscurrents in the country.

"Obama’s Farewell Address: ‘Yes We Did’" is from the January 11, 2017 U.S. section of The New York Times. It was written by Mark Landler and Julie Bosman and narrated by Caroline Miller.