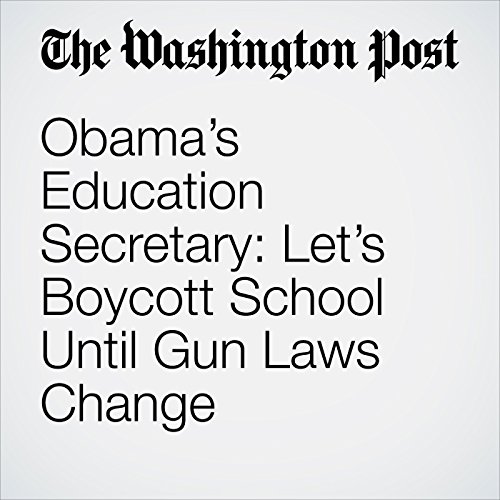 "Obama’s Education Secretary: Let’s Boycott School Until Gun Laws Change" is from the May 19, 2018 National section of The Washington Post. It was written by Perry Stein and narrated by Sam Scholl.