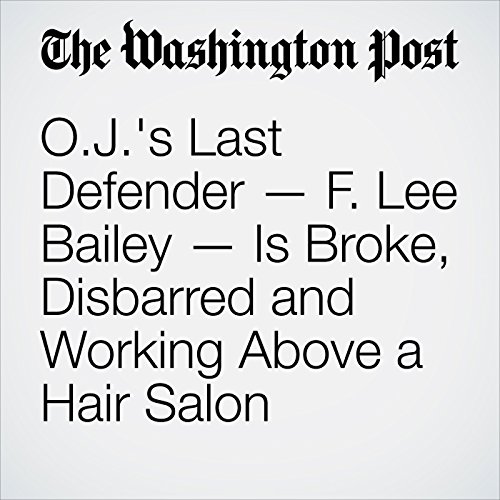 On Thursday, O.J. Simpson — the NFL icon who brought them together more than two decades ago  — will be in court for a parole hearing on a Nevada robbery conviction. But of all the characters who played a role in Simpson’s unforgettable acquittal for the murder of his ex-wife, Nicole Brown Simpson, no one’s life has changed as dramatically as Bailey’s.

"O.J.'s Last Defender — F. Lee Bailey — Is Broke, Disbarred and Working Above a Hair Salon" is from the July 20, 2017 Retropolis section of The Washington Post. It was written by Michael S. Rosenwald and narrated by Sam Scholl.