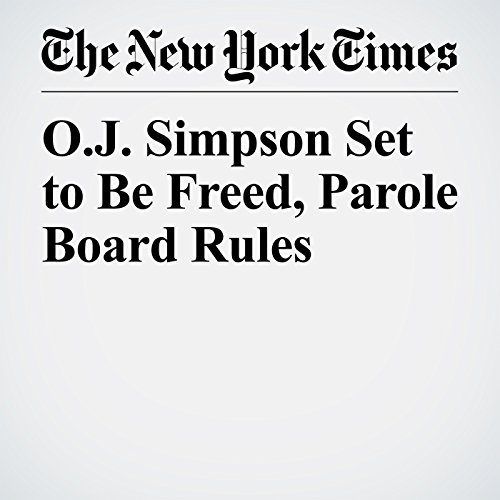 O.J. Simpson, the former football hero and actor whose good-guy image vanished when he was accused of murdering his ex-wife and her friend, will go free after serving nine years in a Nevada prison on charges stemming from an armed robbery, a state parole board ruled Thursday.

"O.J. Simpson Set to Be Freed, Parole Board Rules" is from the July 20, 2017 U.S. section of The New York Times. It was written by Richard Pérez Peña and narrated by Kristi Burns.