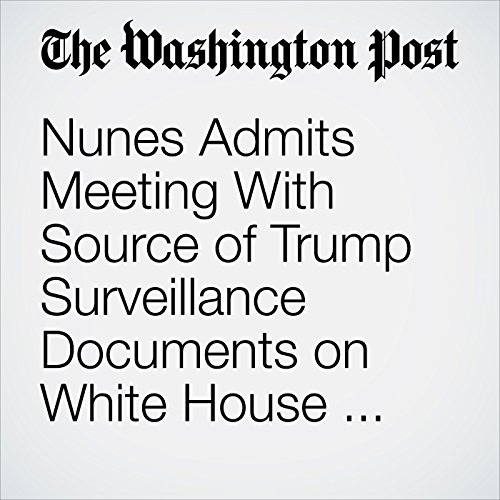 The chairman of the House Intelligence Committee acknowledged Monday that he had made a secret visit to the White House last week to view intelligence files he then cited as proof of potentially improper spying activity against President Trump, casting new doubt on the independence of a congressional investigation into Russian election interference.

"Nunes Admits Meeting With Source of Trump Surveillance Documents on White House Grounds" is from the March 27, 2017 Politics section of The Washington Post. It was written by Karoun Demirjian, Greg Miller and Philip Rucker and narrated by Jenny Hoops.