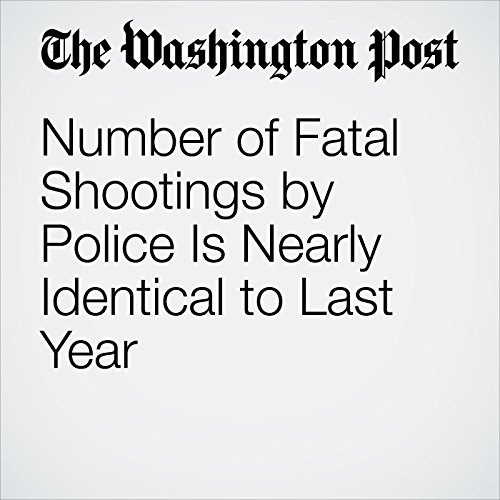 Police nationwide shot and killed 492 people in the first six months of this year, a number nearly identical to the count for the same period in each of the prior two years.

"Number of Fatal Shootings by Police Is Nearly Identical to Last Year" is from the July 01, 2017 Investigations section of The Washington Post. It was written by John Sullivan, Reis Thebault, Julie Tate and Jennifer Jenkins and narrated by Barbara Benjamin-Creel.