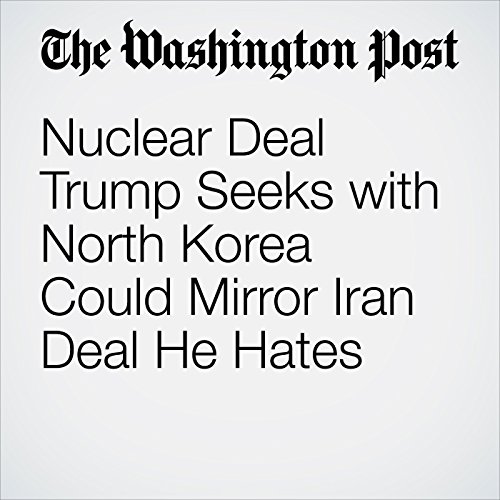 President Trump says he wants to strike a nuclear deal with North Korea that would benefit “the whole world” by neutralizing a looming threat, and he is willing to trade economic concessions to help make it happen.

"Nuclear Deal Trump Seeks with North Korea Could Mirror Iran Deal He Hates" is from the January 00, 1900 Politics section of The Washington Post. It was written by Anne Gearan and narrated by Jenny Hoops.