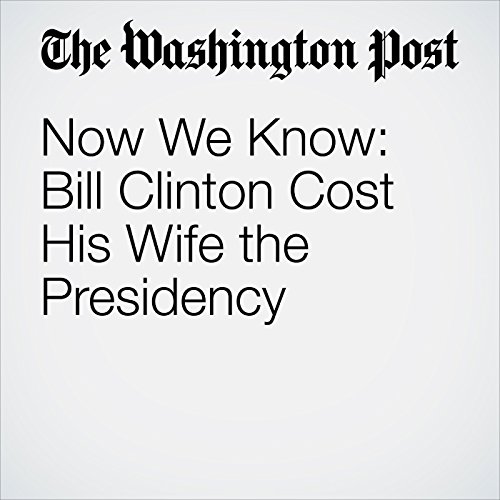 Almost three hours into a hearing of the Senate Judiciary Committee on Wednesday, FBI Director James Comey shed new light on his decision to go public about his agency’s investigations into Hillary Clinton’s emails, first in July 2016 and again, with devastating effect, in late October, 11 days before the election.

"Now We Know: Bill Clinton Cost His Wife the Presidency" is from the May 03, 2017 Opinions section of The Washington Post. It was written by Dana Milbank and narrated by Sam Scholl.