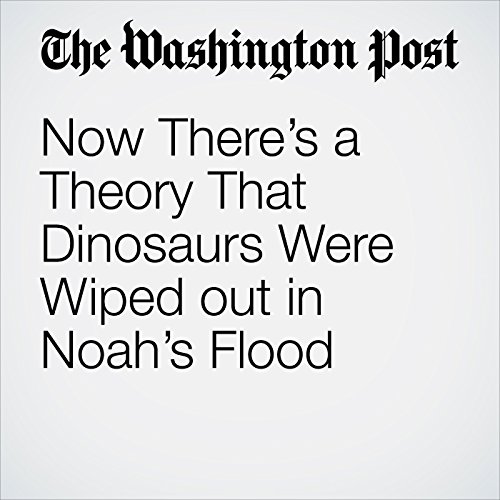 Folks who identify as “creation scientists” have no problem with the notion that dinosaurs once roamed the Earth. They just think the beasts lived alongside humans on a planet that’s only about 6,000 years old.

Their theory is that most of the dinos were wiped out 4,000 years ago in the worldwide flood described in Genesis – except for a few that hitched a ride on Noah’s Ark.

"Now There’s a Theory That Noah Saved Dinosaurs From the Flood" is from the December 30, 2016 Health & Science section of The Washington Post. It was written by Vicky Hallett and narrated by Sam Scholl.