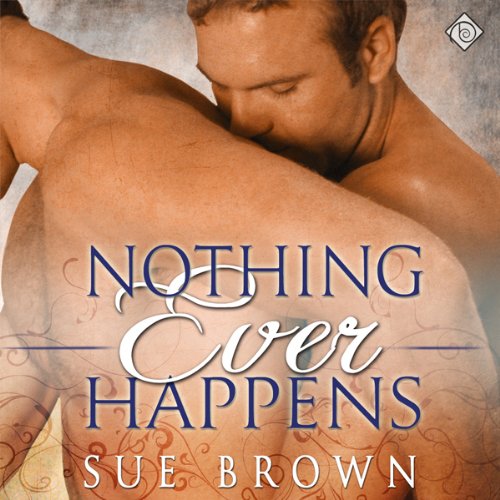 Andrew’s life is a cliché: he’s a gay man trapped in a loveless marriage, thanks to his religious, overbearing mother. Then a new couple moves in down the street, and Andrew finds himself falling for Nathan in a big way. Nathan is straight, married, and just about to be a father, but after one fateful night out together at a club, Nathan has to face the fact that his feelings for Andrew go way beyond that of a friend and neighbor.

When Andrew’s wife asks for a divorce, both men’s lives are thrown into disarray. Arguments about their responsibilities to their wives and children, doubting themselves and each other, and some harrowing lies pull them apart…but they never leave each other’s thoughts.

A straight out Soap Opera!

This book was so great. There were moments when I thought of Andrew as a Texan American Cowboy until he started realizing his feelings. They started off as a couple of neighbors who became great friends. It seemed like every time Andrew and Nathan seemed to get closer and closer something came between them. When obstacles like friends, marriage and family seemed to get in the way the two felt like they would forever be apart. I won't spoil the story with too many details but it is a must read or listen to.
There were times when drama would hit the fans and I was like OMG!! I cheered for Andrew but at the same time I was like "He's married, leave him alone. " Of course later I was like "He loves you, you love him. Get over it!" You will get it once you listen but man there are some frustrating times with this book. All in all great book. Buy it!

Great story! Full of angst and had me in tears several times. Give it a try..

A nice, believable story - warm, entertaining. Very difficult to put down. I enjoyed it very much.

What made the experience of listening to Nothing Ever Happens the most enjoyable?

the story line did*nt fly all over the place ,,,,,

What does Paul Morey bring to the story that you wouldn’t experience if you just read the book?

If you could take any character from Nothing Ever Happens out to dinner, who would it be and why?

This was a good story. Oh how the tables has turned. We have two married men finding comfort and love with each other. There's a lot of drama and going back and forth with these two.

the book itself has a sense of realism to it.. but I just somehow don't feel connected to the characters..

Nothing Really Ever Happened

What i liked the best is that i got to the end of the book. What i liked the least, where do I start. It was really slow for me. The narration was louder on some chapters. That may have been a production issue and not a narrator problem.

Would you be willing to try another book from Sue Brown? Why or why not?

Blah, Blah, Blah. Sometimes i could not tell if he was doing Nate or Mathew.

Was Nothing Ever Happens worth the listening time?

No it was not. I could not wait for this book to be over. The only reason i finished it is because i wasted a credit on it...

Skip this one my friends.

This story is well written, well narrated takes the reader/listener on an emotional journey of how bisexual men struggle with living a gay life when they find love