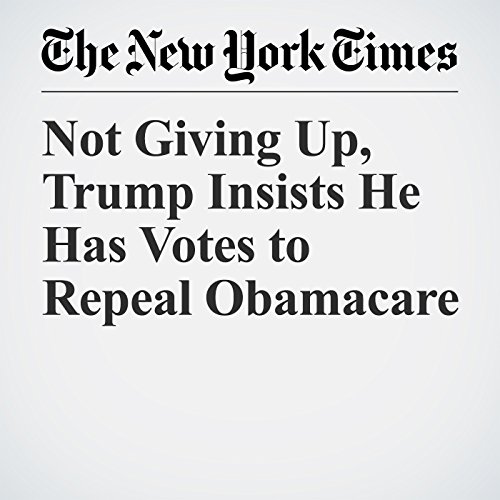 Unwilling to accept defeat, President Donald Trump insisted on Wednesday that Republicans “have the votes” to dismantle much of the Affordable Care Act, and he predicted that the Senate would vote on legislation to do that in the first three months of next year.

"Not Giving Up, Trump Insists He Has Votes to Repeal Obamacare" is from the September 27, 2017 U.S. section of The New York Times. It was written by Robert Pear and Thomas Kaplan and narrated by Keith Sellon-Wright.

Cosa pensano gli ascoltatori di Not Giving Up, Trump Insists He Has Votes to Repeal Obamacare