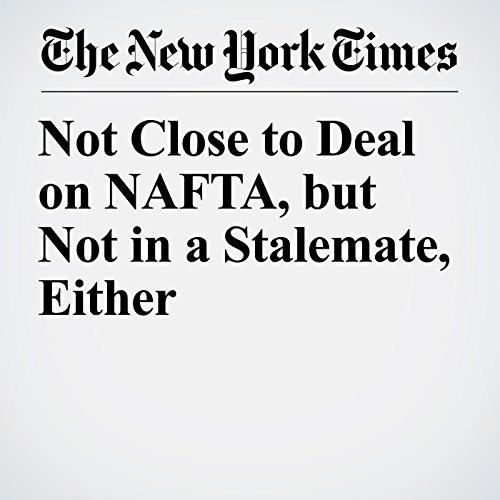 Discussions to revamp the North American Free Trade Agreement moved from stalemate to actual negotiation during the sixth round of talks that concluded Monday, but a deal was still far from guaranteed as Mexico, Canada and the United States continue to squabble over how to reshape the 24-year-old pact.

"Not Close to Deal on NAFTA, but Not in a Stalemate, Either" is from the January 29, 2018 Business section of The New York Times. It was written by Ana Swanson and narrated by Kristi Burns.

Cosa pensano gli ascoltatori di Not Close to Deal on NAFTA, but Not in a Stalemate, Either