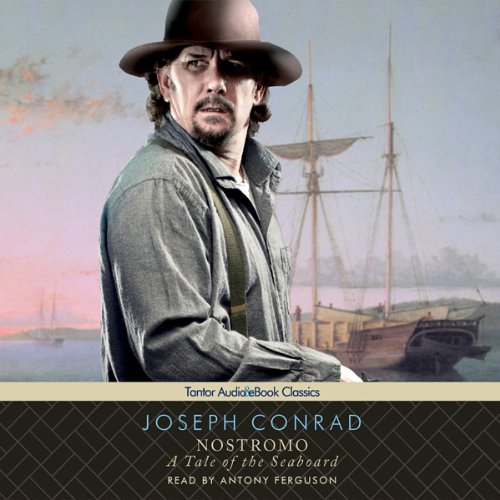 One of the greatest political novels in any language, Nostromo reenacts the establishment of modern capitalism in a remote South American province locked between the Andes and the Pacific. In Sulaco, a harbor town in the imaginary South American republic of Costaguana, a vivid cast of characters is caught up in a civil war to decide whether its fabulously wealthy silver mine, funded by American money but owned by a third-generation English immigrant, can be preserved from the hands of venal politicians. Greed and corruption seep into the lives of everyone, and Nostromo, the principled foreman of the mine, is tested to the limit.

Public Domain (P)2011 Tantor
"I had always thought that there were books you read to entertain yourself and classic books to educate you, but with Nostromo I realised a book could be both." (Billy Ivory, Nottingham Evening Post)

Life is too short.

I like classics. I wanted to give this a go, but the narrator is truly dreadful. This book is set in a Latin American country where they speak Spanish, and has important characters who are Italian. The narrator clearly has no knowledge of Spanish or Italian and, amazingly, has not been coached or corrected. He mispronounces all names and phrases in any language other than English, which not only ruins the flow, but is downright confusing. His differentiation of characters is also poor, but it hardly matters, since you are waiting to wince at his pronunciation of their names. I gave it back. I am willing to try the book again, with a different narrator.