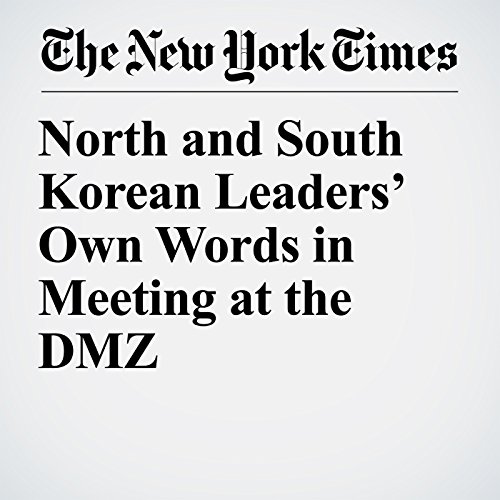 "North and South Korean Leaders’ Own Words in Meeting at the DMZ" is from the April 27, 2018 World section of The New York Times. It was written by Austin Ramzy and narrated by Barbara Benjamin-Creel.