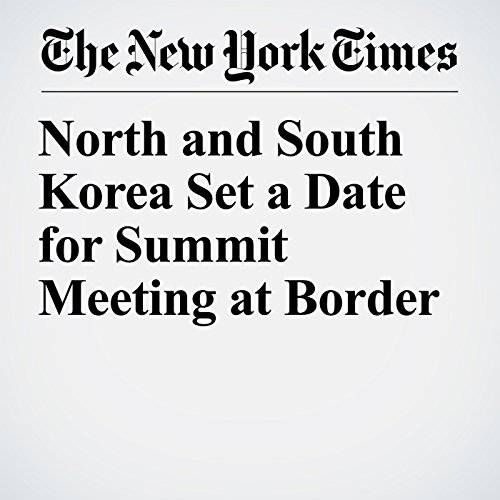 SEOUL, South Korea — North Korea’s leader, Kim Jong In, and President Moon Jae-in of South Korea will meet for the first time on April 27, officials said Thursday, setting a date for talks meant to continue the recent détente on the Korean Peninsula and pave the way for discussions between Kim and President Donald Trump.

"North and South Korea Set a Date for Summit Meeting at Border" is from the March 29, 2018 World section of The New York Times. It was written by Choe Sang Hun and narrated by Kristi Burns.