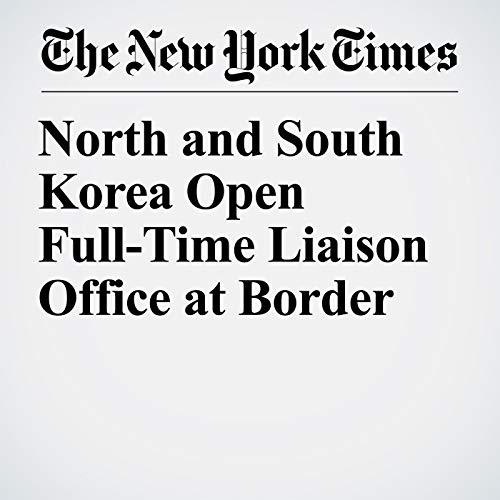 SEOUL, South Korea — North and South Korea on Friday opened their first joint liaison office, a facility that will be staffed by personnel from both countries, marking another advance in the rival states’ rapidly improving relationship.

"North and South Korea Open Full-Time Liaison Office at Border" is from the September 14, 2018 World section of The New York Times. It was written by Choe Sang Hun and narrated by Barbara Benjamin-Creel.