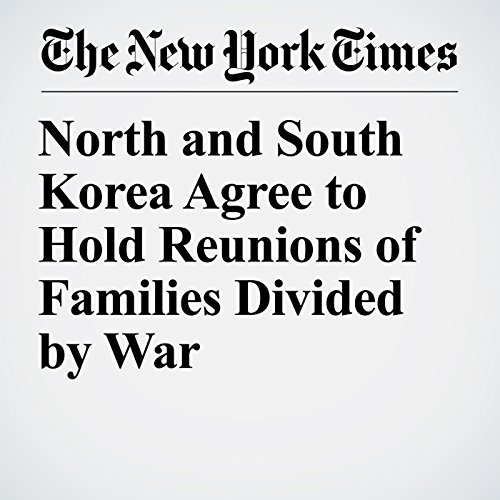 SEOUL, South Korea — North and South Korea agreed to hold temporary reunions in August of families separated by the Korean War, officials said Friday, a sign of improving ties between the countries.

"North and South Korea Agree to Hold Reunions of Families Divided by War" is from the June 22, 2018 World section of The New York Times. It was written by Choe Sang Hun and narrated by Fleet Cooper.