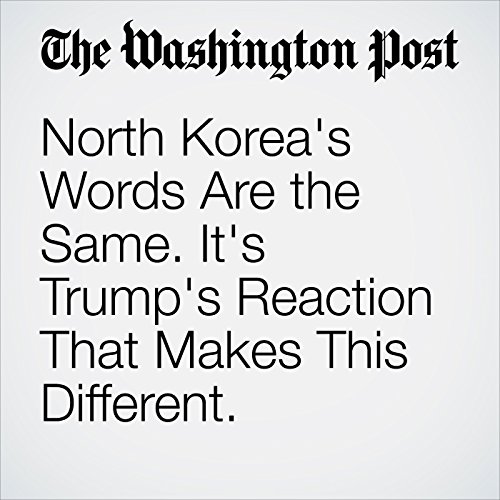 North Korea’s bombastic threats are jangling nerves in both the United States and in Asia, with many analysts worried that the war of words between President Trump and Kim Jong In will turn into an actual war — and possibly a nuclear one.

"North Korea's Words Are the Same. It's Trump's Reaction That Makes This Different." is from the September 27, 2017 World section of The Washington Post. It was written by Anna Fifield and Emily Rauhala and narrated by Sam Scholl.