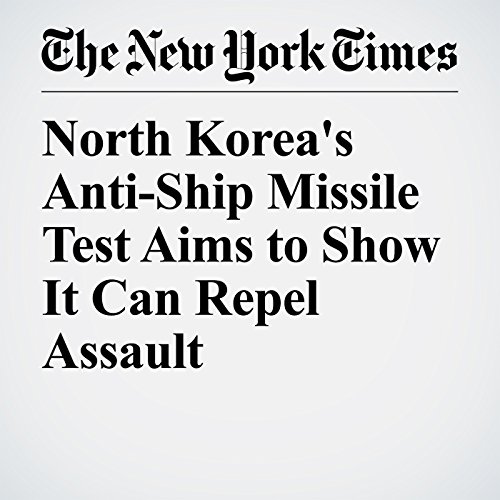 Just days after a flotilla of U.S. and Japanese warships left the sea between Japan and the Korean Peninsula, where they had been deployed in a show of force toward Pyongyang, North Korea tested missiles designed to hit such ships.

"North Korea's Anti-Ship Missile Test Aims to Show It Can Repel Assault" is from the June 08, 2017 World section of The New York Times. It was written by Motoko Rich and Jeyup S. Kwaak and narrated by Kristi Burns.