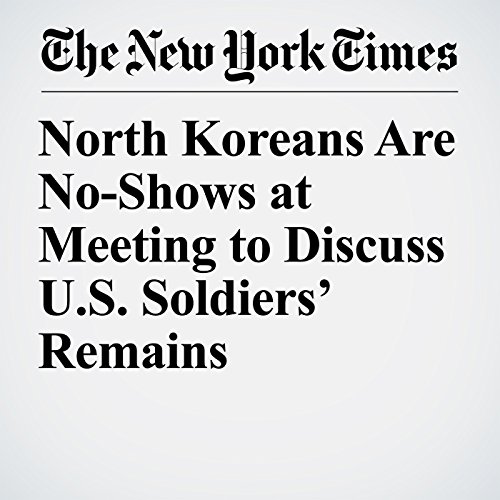 SEOUL, South Korea — North Korean officials did not show up Thursday for a meeting with Americans at the inter-Korean border to discuss the return of remains of U.S. soldiers killed in the Korean War, officials said.

"North Koreans Are No-Shows at Meeting to Discuss U.S. Soldiers’ Remains" is from the July 12, 2018 World section of The New York Times. It was written by Choe Sang Hun and narrated by Caroline Miller.